A downloadable game for Windows, macOS, and Linux

You just robbed a shop and got to your car. But the police is already behind you. Try to escape as long es you can in Berlin'82. If you're can keep it up long enough, you may find more loot to repair your car or increase the score of your heist!

Good luck thief! It won't will be so easy...

I started the development on that game to test some solutions in Unity3D. After a while it was like a bit of fun trying to cruise around in the city. So I put more like a game around the prototype. Enjoy and feel free to post your scores - by hand :)


Please let me know what you think about the prototype.

So me and my buddies from LPUniversity made this game our challenge game this week. Oh boy, this game is evil...

I had fun with this game. I died. A lot. My getaway driver really wasn't the best. I got him from an old folk's home, and even with our history, Henry insisted on driving without his glasses on. It was a travesty.

is this game ever going to get a Android release?

What a great game !!

Really enjoyed this one!! :D Not much to it though but still awesome! :D

I done a short Let's Play of the game and I absolutely love the look of the game! It's also slightly addicting. I left a link to this page in the description. Check it out: https://www.youtube.com/watch?v=erK2jh1KhGg

If you don't wish for me to keep the video up, please let me know!

Hey, thank you for taking a look into the prototype. Please keep the video up. I'm still struggling with myself if I should continue in that project. There is a similar looking game on mobile devices called Poke. Btw. that one tunnel crash in your video was a probably a bug, usually you're invincible while driving through tunnels. Anyways, thanks and I'm glad you like it.

Edit: Also this one looks quite fun too. http://www.mediocre.se/commute/

I'll check out that suggestion soon. If you want my two cents, as long as your game is unique in any sort of way, you shouldn't feel like you're ripping someone else's game off. You put the effort into making it sure! Best of luck with whatever your future endeavours may be, I'll keep an eye out for any of your other projects!

Also I found the Apocalypse mode by accident while playing around on my own time. Clever, and difficult to get!

I ended up making a video about the quickest and easiest way to get 100,000 points on hard mode.

Turns out it isn't too difficult. But it gets harder after 100k points.

Are there any plans to possibly add additional maps to the game to switch it up a bit?

You're right, it's not that hard to get 100k points once you get the controls. The way you took is also one of the easiest routes through the city. Never thought on a walk through of my prototype. But I like it, thank you! :)

About the maps, I'm not sure if this project will be continued yet.

So... is this just a direct copy of Tree Men Games' Pako - Car chase simulator? or have you actually changed the code in any way?

Don't take this the wrong way, I like to see content creator get praise for their work, and if you wrote the code for this then good work. It just looks and plays a lot like Pako. still great game and I'm glad its been ported to PC.

Hey, just found out about that one. Yeah it's probably a similar concept. My one was just a prototype for the graphics and I took Chicago'90 from my C64 as the base and made it as a endless driving thing. It's nothing special on that kind of games I guess, but I like from Pako that the controls looks more advanced.

Fun game, I enjoyed it very much.

Here some improvments I would suggest:

1. Change up the music a bit. It gets pretty annoying hearing the same 10 second riff over and over and over.

2. When you enter a tunnel you should be exit the other tunnel from the same position you came in through, because I could abuse this a bit by coming in to the tunnel from weird angles and exiting safe

5. A master slider for audio would be nice, so that I won't have to minimize the game and do it through windows.

6. Gamepad support (this can obviously be added further down the line, but it would be nice to have)

7. Being able to press enter or space to quick restart a level after failing it. Because you have your hands on the arrow keys or wasd.

8. Being able to rebind keys (for obvious reasons).

Another long list of improvements. Glad you enjoyed it and thank you for the feedback! As many of the raised points I get, I totally agree with your topics too. Like the tunnel thingy. I just made the car not destroyable for a second or so. It's dirty but works for the basic concept of the prototype. Since some of your topics are also good for other game projects, I'll put your feedback on my todo lists as well.

Love your game: simple and clean, not to mention fun, addicting and (occasionally) infuriating too :P

For a improvements there are only a couple of minor things I would suggest:

I understand that this is a relatively new game, and so you may have some/all of these features planned, but just wanted to give my opinion on where you could go with it. My only advice (not that you need it :P ) on top of that is try not to make the game too big: remember its purpose and I am sure this will be a large success :)

PS: Not sure if its intentional or not but the instructions have a spelling mistake; "handbracke" rather than "handbrake".... Also: take out the "bad isometric graphics" out from the features.... its beautiful :)

(sorry for the long message)

Really - thanks a lot for your feedback, also I glad you like it and I agree with the topics you raised here. Some of them are already on my list, but I'll add the missing ones too :)

So OfficialNerdCubed tried out your game! He liked it. Expect to get a lot of traffic!

Hey, thanks for the Video and the credit! I like it :)

I really like this game. Even though I'm not very good at it! It's super fun, so I made a video of a playthrough I did here:

Hey another let's play of that game. Thank you very much. Glad you like it! :

No problem! I've found a neat hidden level after I made that video. I'll be uploading that one soon so keep an eye out for it :)

As promised, the sequel to my earlier playthrough. This time with more redness.

Yes, unfortunately that happens on some system configurations. Try holding down the control key while starting the game. That should show up the Unity3D config screen. It allows to change the target render display.

Where do you want bugs reported? :)

And thanks a lot!

Neat, well it appears to work well under Linux. Gentoo, 64bit, nvidia. There are some oddities but I haven't been able to reproduce them reliably yet.

Thanks a lot. I actually rebuild the UI three times until it wasn't that messy for such simple tasks. Glad you like it.

Awesome game! It tests the sanity of all living beings who will ever play it! Defiantly going to give it a try on mobile! But seriously awesome game would love to see more!

Hey man, thanks for the video reply! I enjoyed it a lot! :) Mobile platform is a good point I tested it already, with some control schemes.

its alright dude! Thanks for making the game! Defiantly going to have to download it! but yet again WELL DONE! 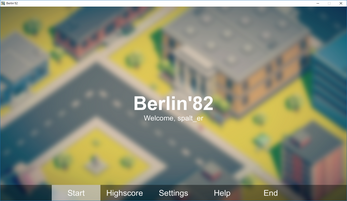 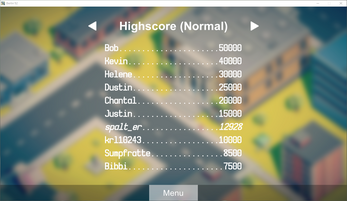 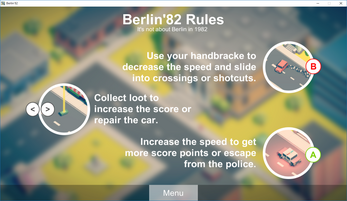 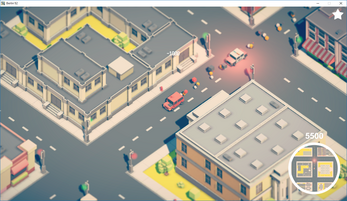 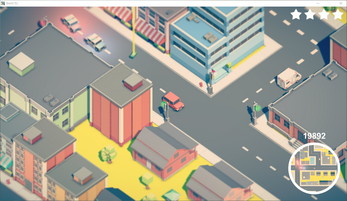 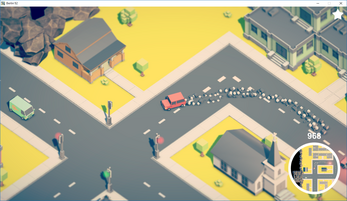